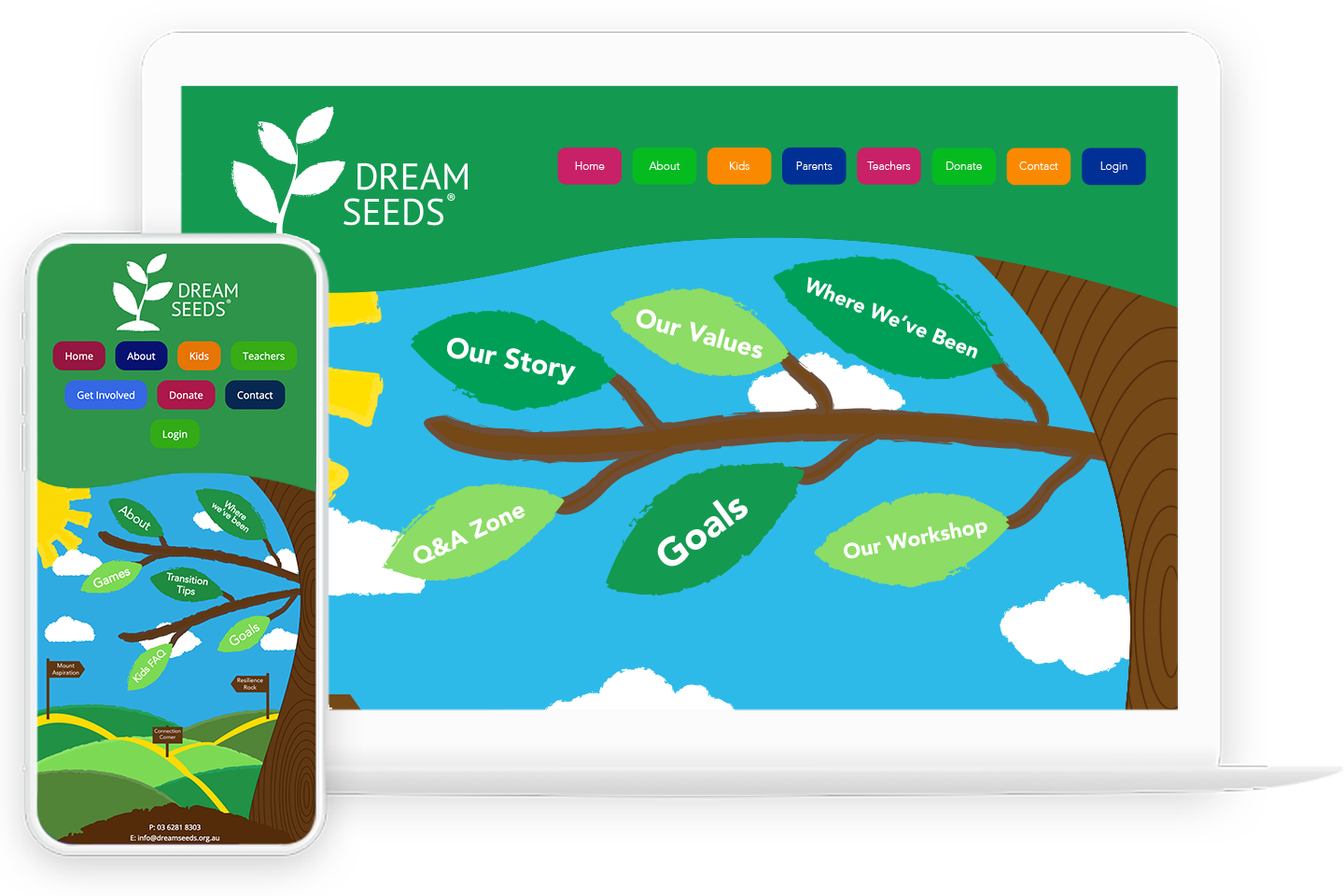 This project was to design and create a new website for the Youthrive Victoria Dream Seeds program. A not for profit program which is designed to build aspiration, resilience and connection in rural year six students.

The website needed to be appropriate and appealing for multiple audiences, ranging from students to teachers and parents. The website aimed to create a platform for students to set goals and track their progress to completion, share information on aspiration, resilience and connection and to engage in learning in an exciting, interactive way.

The project had limited budget and resources to be completed within which meant that the development process had to be undertaken strategically to get the most value and impact within the project constraints.

The solution to this brief was to undertake a number of workshop sessions with stakeholders to determine the scope of the project and which features were most important/highest impact to include on the site.

A co-design process was then followed with similar focus groups to determine the site’s information design and gather ideas for ways to deliver the information in interesting formats.

Once this research and data gathering was completed, the design of the site started to take shape, multiple wireframes being completed and narrowed down to two main options which were then further developed and shown to students as possible design outcomes, students then shared their thoughts on both options and this feedback was taken into consideration as the design was refined.

Developers were consulted and contracted to build part of the site. Due to the limited budget for the project, custom features and modules were contracted to developers to be created and other pages which were more informational and contained more dynamic/regularly updated content were built in house.

This posed a particularly unique design challenge as we needed to design a website which could look cohesive, consistent and considered while being built on two separate platforms. The goal was for the user to not notice when they were switching between platforms. This was done through careful design considerations and working within the restraints of wordpress, the less flexible solution being deployed for the in house build and then designing the custom modules to match the same style.

The website was successfully launched and deployed and is now being used in over 15 schools in rural Victoria with that number growing regularly as more schools are engaged in the Dream Seeds program. 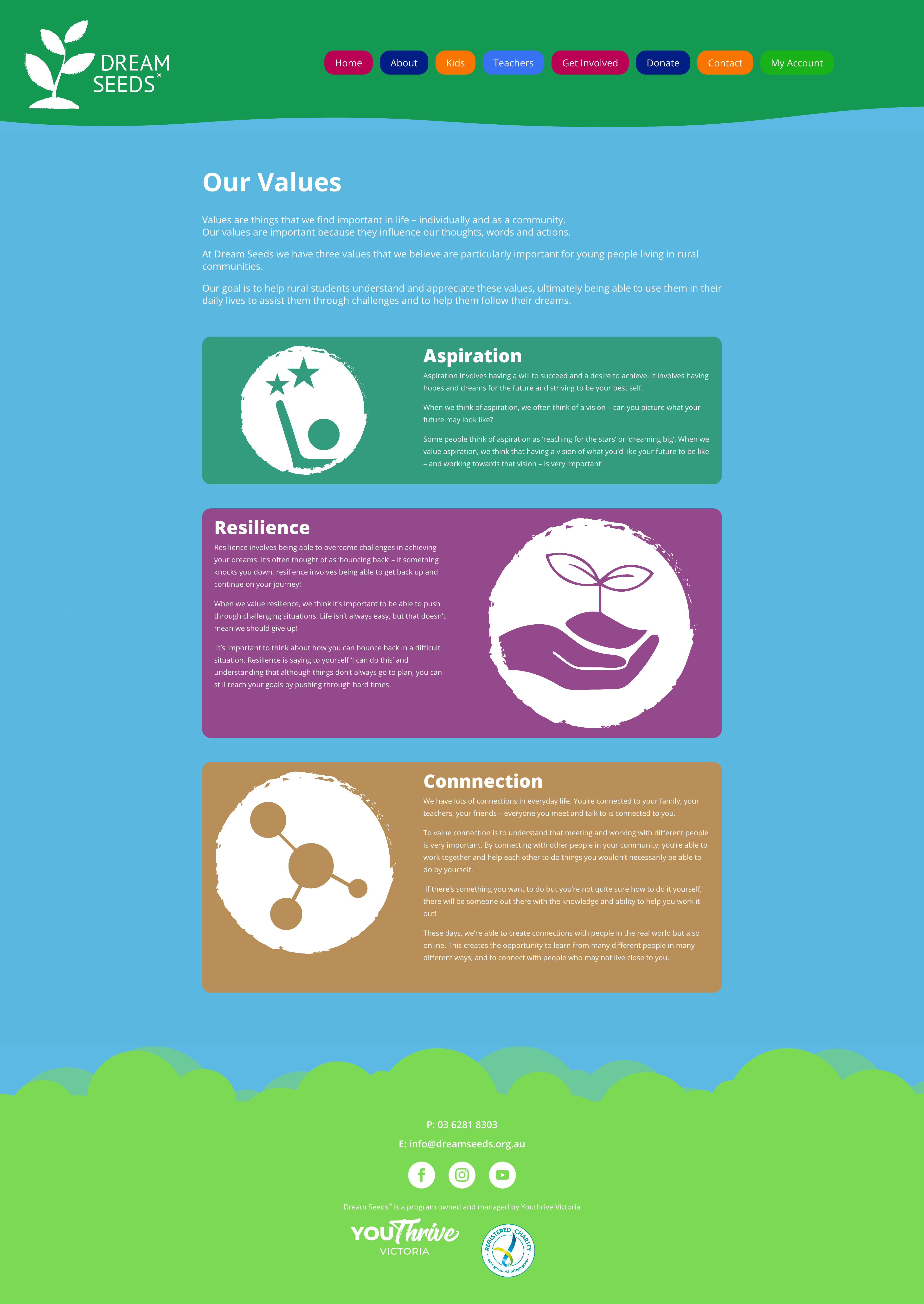 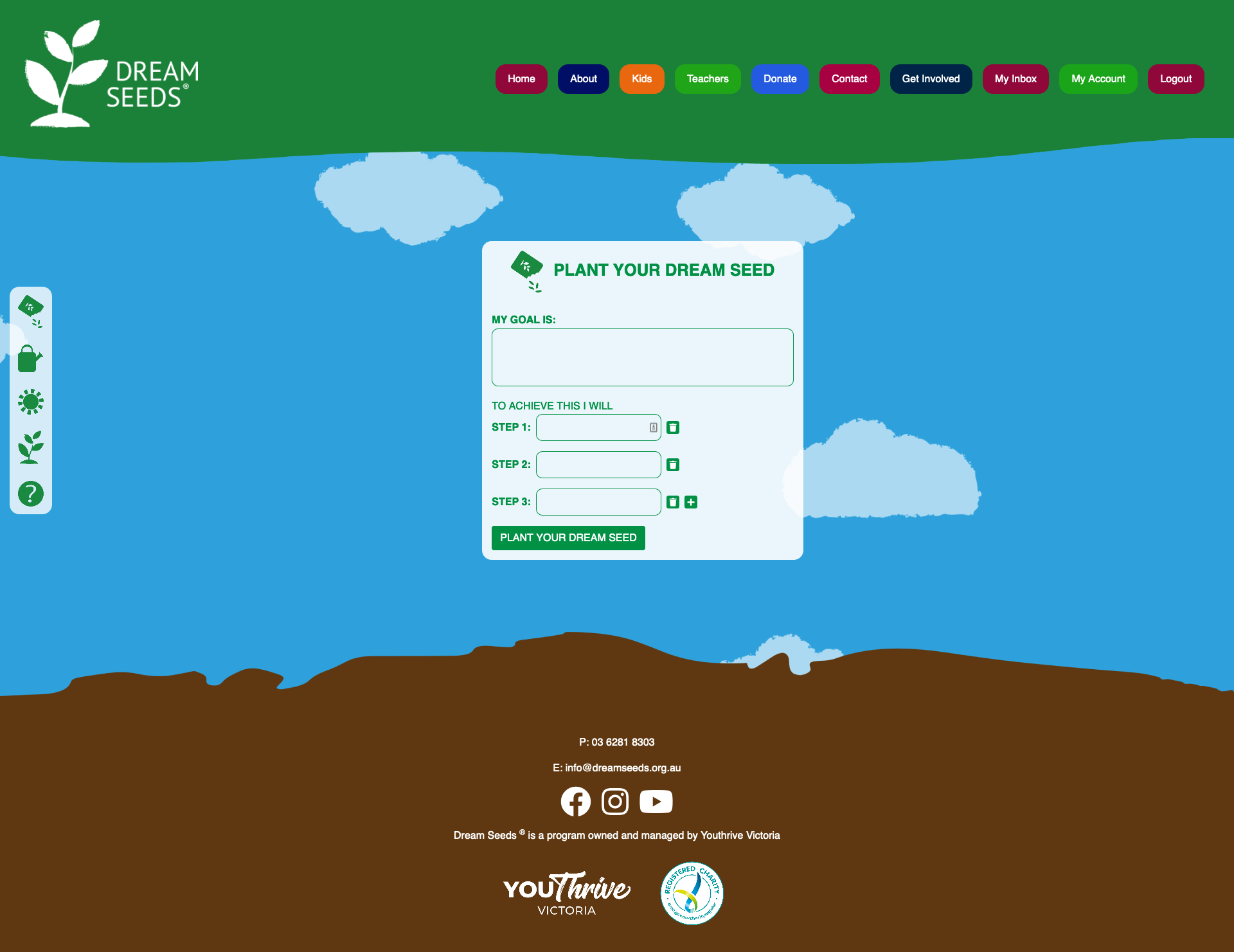 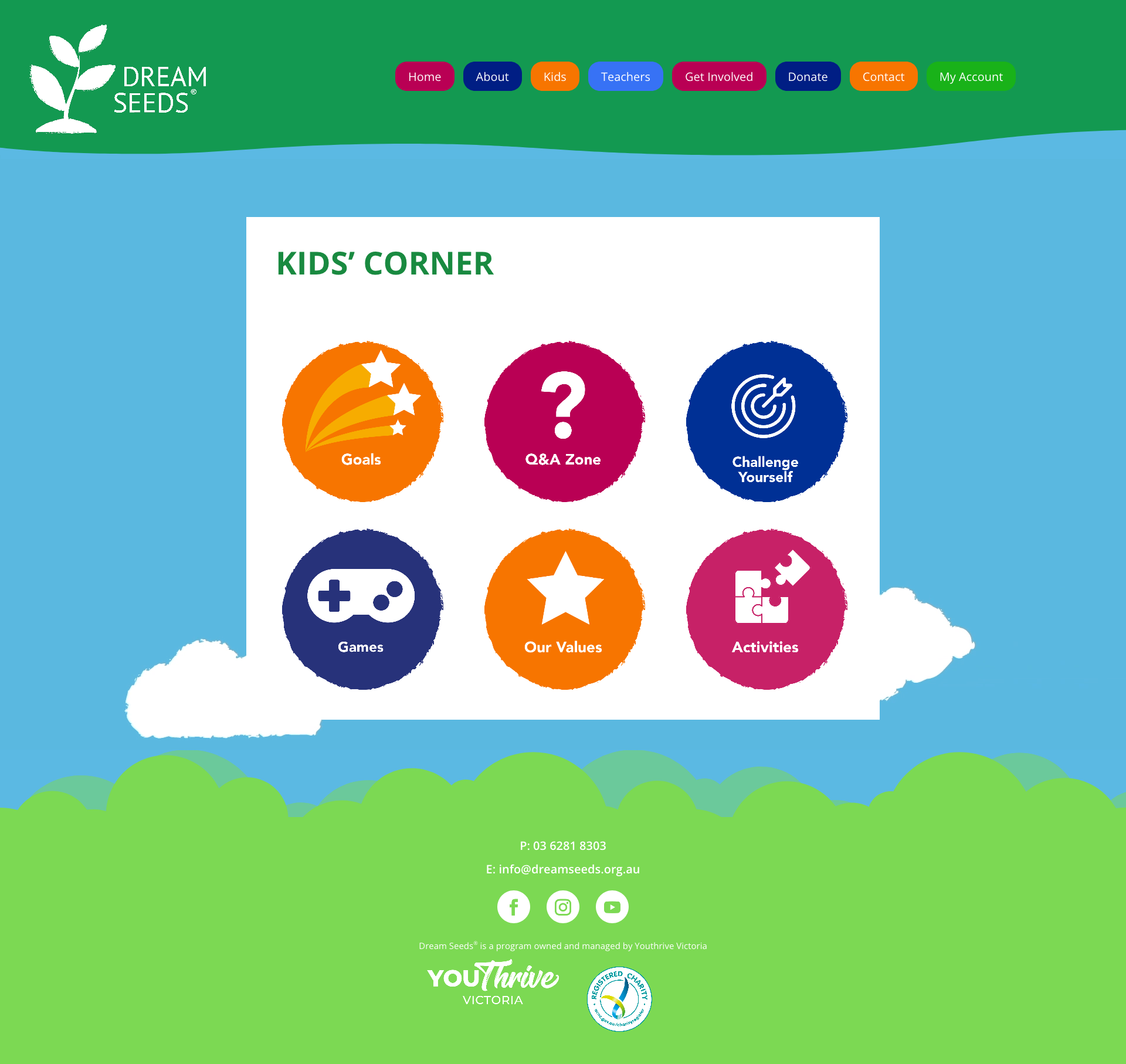 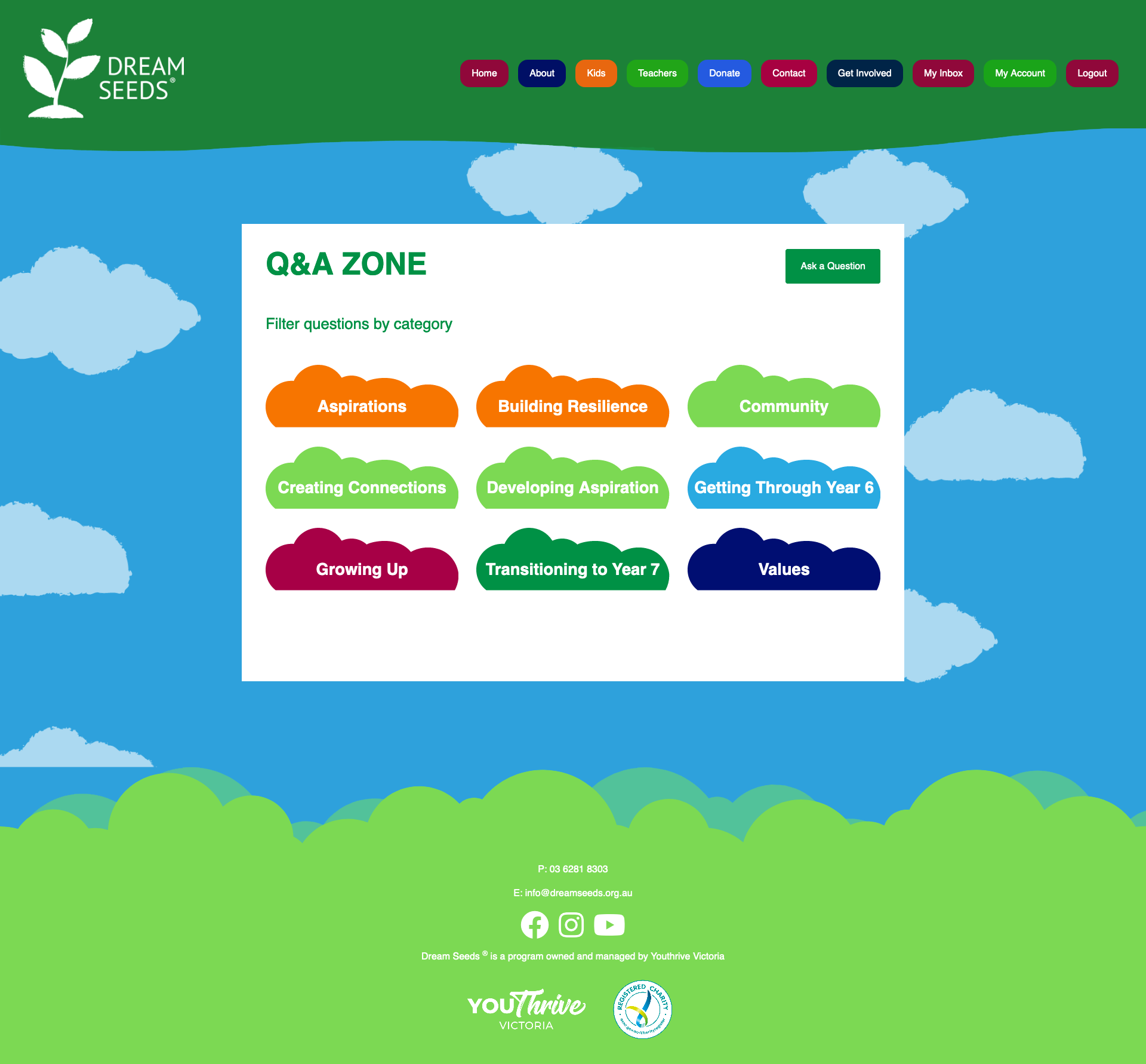 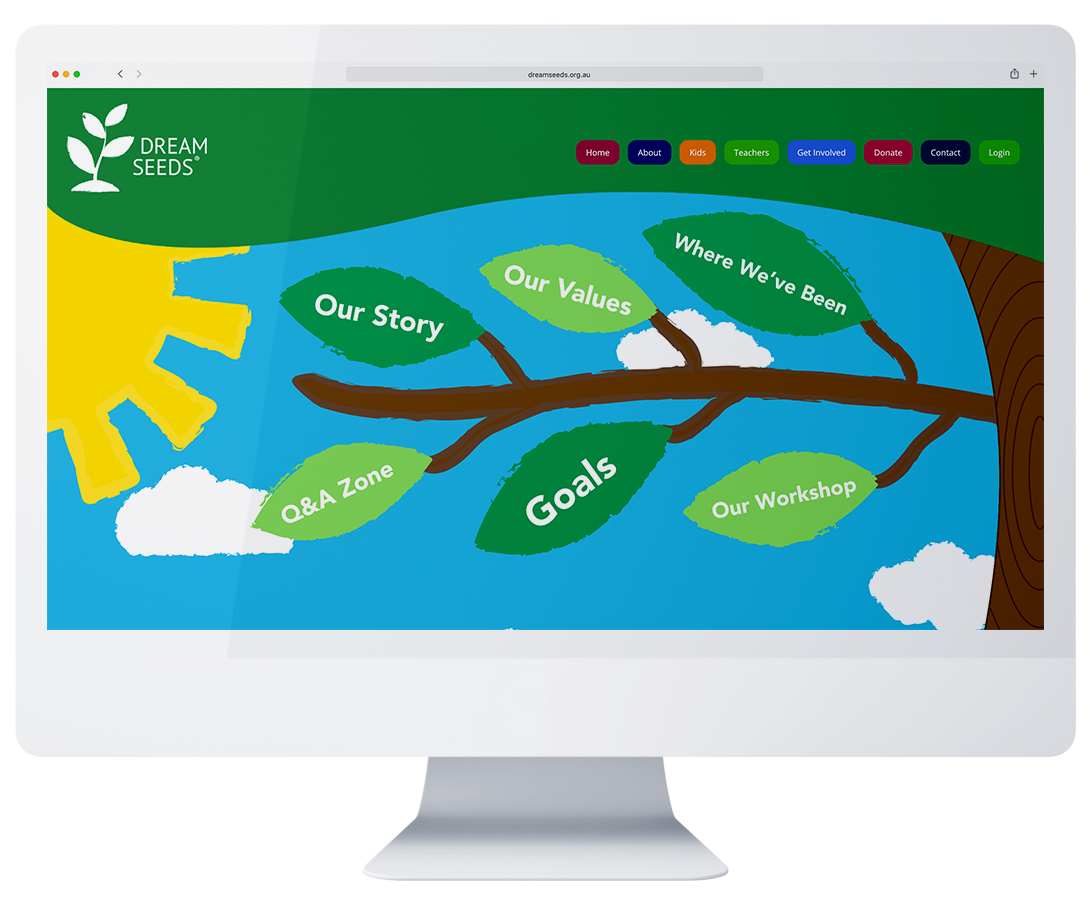 “Rohan is an all round lovely person to have in the office. He is a natural problem solver with great tech skills and excellent at finding ‘work arounds’ to solve complex problems.

In 2019 Rohan Gerrard was employed to project manage the creation of our Dream Seeds® website. Following consultation with the Dream Seeds volunteer team, he oversaw the entire project from the initial concepts, design brief, design process and engagement and liaison with the web developer. Rohan’s work is always thorough, skillful and thoughtful. He deeply understood the project and worked positively and diligently to ensure it developed well. He engaged with users to ensure the platform had a great UX. We are delighted with the outcome of this project.”